Why do Orthodox priests have beards? Catholic priests are normally clean-shaven, and Protestant pastors tend to be as well. However, if you look at a priest of Orthodox Christianity, then one of the most striking aspects of their appearance, aside from the wizard robes, is the wizard beard. So, why do they have one?

Orthodox priests have beards because they are meant to represent the physical presence of Christ within a religious community, and Jesus is known to have had a beard. The beard also serves to differentiate Orthodox clergymen from members of both the laity as well as other faiths.

This is the reason why Orthodox priests have beards, although the casual observer may not realize this and imagine an assortment of alternative reasons for the distinctive style. In the sections below, we address some of the more common issues pertaining to the Orthodox beard.

It’s Not Out of Disrespect

Some people believe that having long beards makes a mockery of the country that there are living in. They see long beards as a sign that they refuse to conform. For example, in America, Jews are often accused of wanting to change America to Israel.

This couldn’t be further from the truth. All four Orthodoxies urge their adherents to obey American laws. A person can still be a good Orthodox priest and a good American. Beards just mark a religious tradition and nothing more sinister than that.

Keeping a long beard for priests is a tradition handed down for centuries in Greek Orthodoxy. Many traditions have changed in all religious groups, so it seems more important than ever to stick to more changeless traditions, such as wearing a beard. 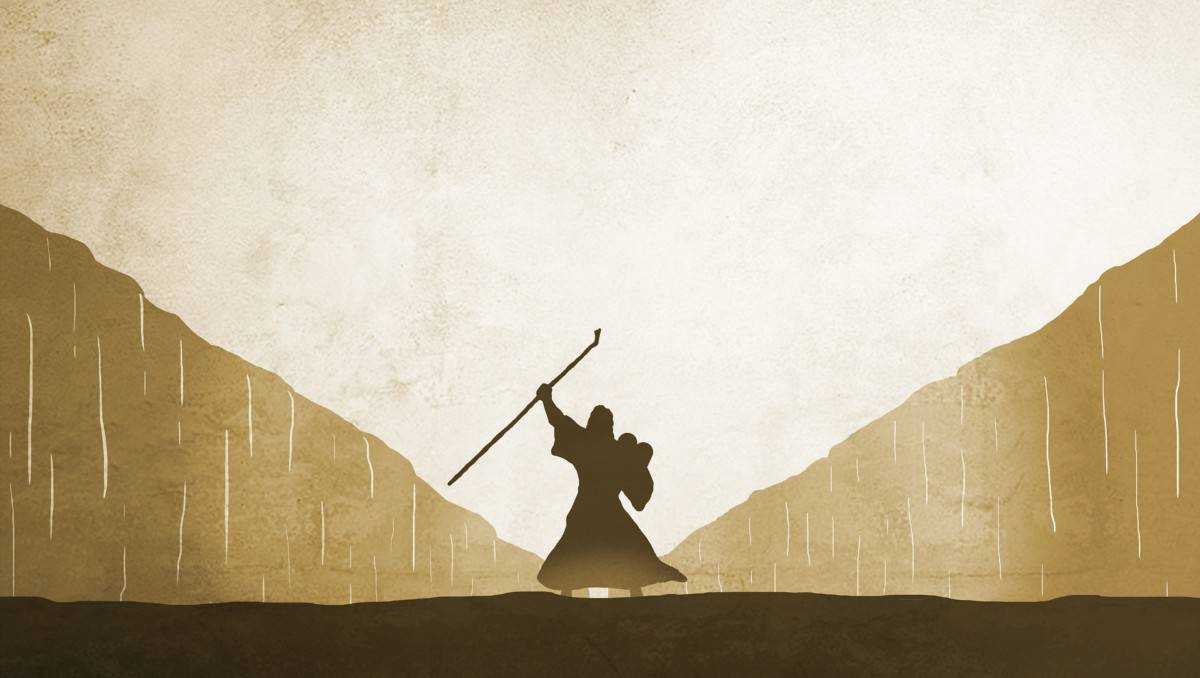 Biblical Roots of the Beard

The whole tradition of Orthodox priests wearing bears is thought to have started with a verse in the Bible:

This is a vague commandment written only for Jews, but the Greek, Russian and Mennonite denominations also picked this up. What exactly marring the corners of thy beard means is up to interpretation. The Orthodox traditions interpreted this as never to shave their beards off.

Jews in particular have few traditions that they have been able to keep over the centuries of diaspora, pogroms and immigration. It’s just little way of keeping their identity as Jews, even when living in other countries, learning the customs of a new land and learning new languages.

Jewish and all Christian Orthodoxies regard hair as having special significance, and beard hair in particular. This is shown in the popular story of Samson, the strongest man in the world. This is originally a Jewish story that made it into the Bible. It showed that wearing a beard led to being favored by God.

Samson was the strongest man in the world, who just happened to be Jewish. The Gentile King did not like him. Samson fell in love with the King’s daughter. She said she’d only marry him if he gave her the secret to his strength. She told him it was in his hair. So, as he slept, she shaved off his beard and his head. Samson woke up weak as newborn kitten. When his hair grew back, he had his revenge. 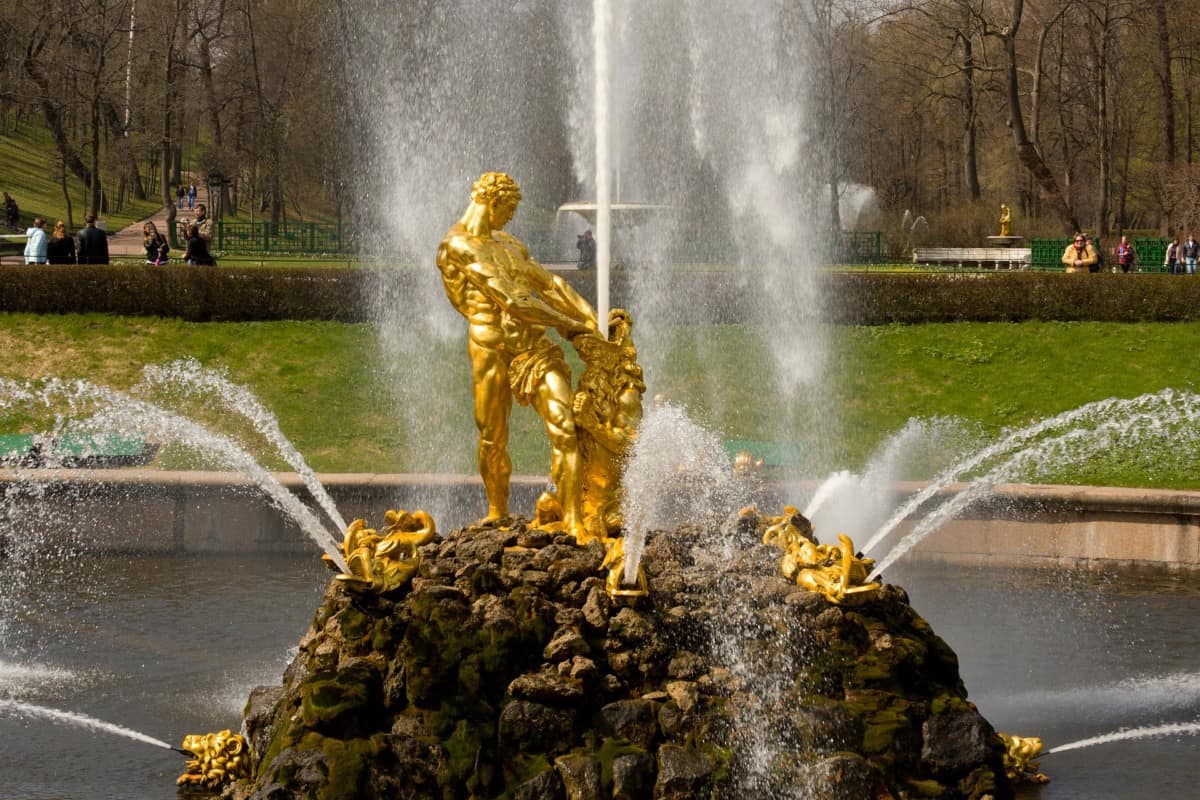 Jesus Had a Beard

For Christian Orthodoxies like the Greek and Roman churches, a beard takes on special significance. Jesus was thought to have had a beard, since he was part of a sect called Nazarenes. This sect was notorious for not shaving. They were called this because of verse in the Biblical book of Nazareth:

All the days of the vow of his separation there shall no razor come upon his head: until the days be fulfilled, in the which he separateth himself unto the Lord, he shall be holy, and shall let the locks of the hair of his head grow. – Numbers 6:5

Priests in Christian Orthodoxies try to emulate Christ as much as possible. Also, some traits are impossible, such as raising the dead, some are much easier, such as wearing a beard. Many Orthodox priests also wear their hair long, as Jesus was thought to have done.

People Are Wary of Beards

Just as Orthodox priests have a long tradition of wearing long beards, modern society has a tradition of being scared of people with beards. In popular literature, bad guys like bikers or pirates wear beards. This is thought to go back the days of the Roman Empire, where good Romans were clean-shaven and often kept their hair short.

In modern times, beards have been associated with rebellion. During the 1960s, hippies and those trying to change old traditional ways almost always wore beards. Even in cartoons today, someone urging people to reform social ills or protect the environment is portrayed as having a long beard. Even today, some Americans see priests wearing long beards are somehow rebelling against mainstream American society.

Russia has been in and out of love with the beard. Ivan the Terrible, who ruled in the early 1500’s, declared it illegal to shave a beard because doing so was a sin. He saw priests had beards and were considered the most holy people in the land. It was also illegal for one man to shave or otherwise damage another man’s beard.

Peter the Great (1672 – 1725) wanted his country to be respected and cultured like other European countries. He noticed most men in those countries were clean-shaven so he put a tax on beards. Local governments in Russia protested by making it a criminal act to shave off another man’s beard. The penalty was a large fine.

Orthodox priests wear long beards out of tradition and not from a precise verse in the scripture. Beards were seen as a sign to set men apart from other men in order to better honor God. In Jewish tradition, hair is seen as a sign of God’s power or a pact between God and the priest. Some priests wear beards to better emulate Christ.

link to Why Do Nuns Cover Their Hair?

In ancient times before Vatican II, nuns shaved their heads or cut them short and covered them with a veil. Today, the practice of wearing a veil in church continues in many Eastern Christian...

Continue Reading
link to What Is a Nun’s Outfit Called?

I will describe the traditional habit, although modern nuns may dress in simple costumes. As mentioned earlier, modern nuns and monks may wear a simple business suit instead of a robe. A nun's...